Join fellow Princetonians, parents, and friends for this special virtual event hosted by the Illinois Holocaust Museum, followed by a private Q&A session with the authors for Princeton and Harvard alumni.

Bookplates will be signed for copies of the book purchased through the Museum.

With many thanks to the museum's Assistant Director of Education, Amanda Friedeman '99, for helping to organize this event.

Registered guests will be contacted closer to the event date with the link to participate and any further details.

Join NOW to receive PCC Member priority reservation at Princeton Club events, member pricing, and to support Princeton events and service opportunities.  Membership is free for Class of 2020, but you must join!

CLICK HERE TO REGISTER & PURCHASE BOOKS!
This event is FREE, but registration is required and includes a private Q&A breakout after the public session for Princeton and Harvard alumni.
Books purchased through the museum will include a personalized bookplate: 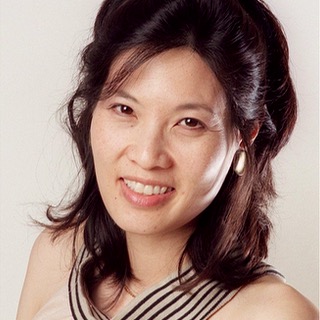 WuDunn and her husband Nicholas Kristof S*88 won the Pulitzer Prize for International Reporting in 1990 for their coverage of the Tiananmen Square protests of 1989.  They were the first married couple ever to win a Pulitzer for journalism; WuDunn was the first Asian-American reporter to win a Pulitzer. She also won a George Polk Award and an Overseas Press Club award, both for reporting in China. In 2009, WuDunn and Kristof received the Dayton Literary Peace Prize's 2009 Lifetime Achievement Award.  In 2011, WuDunn was listed by Newsweek as one of the 150 Women who Shake the World. In 2012, WuDunn was selected as one of 60 notable members of the League of Extraordinary Women by Fast Company magazine. In 2013, she was included as one of the leading "women who make America" in the PBS documentary "The Makers."

WuDunn has co-authored four best-sellers with her husband. China Wakes: The Struggle for the Soul of a Rising Power and Thunder from the East: Portrait of a Rising Asia are non-fiction Asian studies books which examine the cultural, social, and political situation of East Asia largely through interviews and personal experiences. Her third best-selling book, was Half the Sky: Turning Oppression into Opportunity for Women Worldwide, and WuDunn later was featured in the award-winning PBS documentary made of the book. Half the Sky was also made into a game on Facebook with more than 1.1 million players. Her fourth best-seller, A Path Appears: Transforming Lives, Creating Opportunity, published in 2014, is about how altruism affects us and how we can make a difference.

WuDunn, a former member of the Princeton University board of trustees, holds an M.P.A. from Princeton University's Woodrow Wilson School and served for many years on the WWS advisory council.  WuDunn also served for more than a decade on the Cornell University board of trustees and holds an MBA from Harvard Business School. She is a current member of the board of advisors for Fuel Freedom Foundation and serves on the advisory boards of a number of start-up companies in a variety of fields, including healthcare and mobile security. 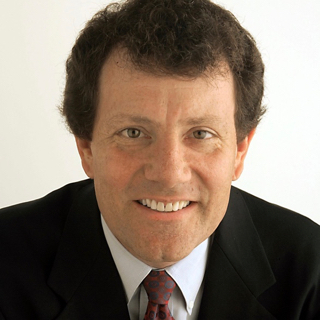 Nicholas D. Kristof S88 (Harvard ’82) is a columnist for The New York Times.  He has won two Pulitzer Prizes, the second in 2006 for commentary for what the judges called "his graphic, deeply reported columns that, at personal risk, focused attention on genocide in Darfur and that gave voice to the voiceless in other parts of the world."

He was born in Chicago and grew up on a sheep and cherry farm in Yamhill, Oregon. He graduated Phi Beta Kappa from Harvard College and then studied law at Oxford University on a Rhodes Scholarship, graduating with first class honors. He later studied Arabic in Cairo and Chinese in Taipei. Mr. Kristof has lived on four continents, reported on six, and traveled to more than 140 countries, plus all 50 states, every Chinese province and every main Japanese island.

In 2013, Kristof was named an International Freedom Conductor by the National Underground Railroad Freedom Center, largely for his work exposing human trafficking and linking it to modern slavery. The last person named to receive the title, two years earlier, was the Dalai Lama.