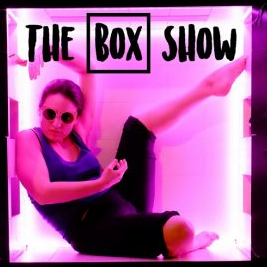 The Princeton Club of Chicago invites fellow Tigers to enjoy an evening of laughs at the iO Theater - Chicago's Best Improv Comedy!  Written and acted by Dominique Salerno '10 and directed by Sash Bischoff '09, "The Box Show" is an award-winning and hilarious solo show in which a single actor plays over 25 characters from within the confines of a 3' x 3' x 2' cupboard!  Each time doors fly open, we discover an entirely new reality, including: a drunken couple mid-fight in a Las Vegas hotel, the entire Greek Army within the Trojan Horse, a lonely Giantess, a lost Pope, and so much more!

With sketch-style characters and musical numbers, this show plunges its audience into vastly different worlds without ever leaving the physical space of The Box.  Stay for a special post-show discussion with Dominique!  Scroll down for bios and reviews.

The New York Times hailed the show as "the most purely delicious production… relentlessly inventive… a paragon of Fringe form.” Good things come in small packages-- you don't want to miss this show!

Timeout Magazine said "Dominique Salerno thinks outside the box while performing inside one... like a magician pulling rainbow-colored strings from her mouth, she keeps surprising you with what she can produce in the space... It’s often hilarious, but what makes the show most memorable are its moments of darkness...This interplay between light and dark helps "The Box Show" achieve what every vignette show wants: It is even greater than the sum of its parts."

Recipient of several awards including Overall Excellence for Solo Performance in FringeNYC and Best Comedic Script in the United Solo Theater Festival.

Special Princeton Club Group Rate (save up to $6/ticket):
$10 for PCC Members, $13 for Non-Members

Join NOW to receive PCC Member priority reservation, member pricing, and to support Princeton events and service opportunities.  Membership starts at only $25/year.  Class of 2017 is FREE, but you must join! 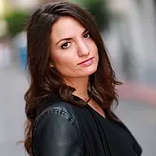 Dominique Salerno '10
Creator/Writer/Performer
Dominique is a NY-based actor, director, improvisor, and playwright. She received her MFA in Acting from American Conservatory Theater, and A.B. from Princeton University. Recent credits include: Love and Information (A.C.T.),  A Christmas Carol  (A.C.T.), Mr. Burns (u/s A.C.T.), and Lysistrata (Faux-Real Theatre, NYC). Her one-act play So Small A Thing was featured in the SD Fringe Festival last summer. Currently, she performs in New York with her musical improv duo "The Moustache Apologies" and writes sketch for her sketch duo "Hurdy Blurdy." www.dominiquesalerno.com