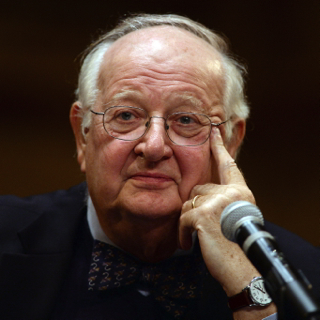 Join fellow alumni, parents, and friends as we hear remarks from Nobel Laureate Angus Deaton and honor Rick Klein '82 and Linda Ginzel *89 & Boaz Keysar *89 for their service to Princeton and service to our Chicagoland community. Reserve by April 11th!

Professor of Economics and International Affairs

Please click the link below to reserve your tickets by April 11, 2016

Please make sure to indicate your class year and guests' names before finalizing your RSVP.

Professor Deaton was awarded the 2015 Sveriges Riksbank Prize in Economic Sciences in Memory of Alfred Nobel. He is the Dwight D. Eisenhower Professor of Economics and International Affairs at the Woodrow Wilson School of Public and International Affairs and the Economics Department at Princeton University. His primary areas of research are in health, wellbeing, and economic development.

In addition to Princeton, Professor Deaton has taught at Cambridge University and the University of Bristol. He is a corresponding Fellow of the British Academy, a Fellow of the American Academy of Arts and Sciences and of the Econometric Society, and, in 1978, was the first recipient of the Society’s Frisch Medal. He is a past President of the American Economic Association, a recipient of the BBVA Foundation Frontiers of Knowledge Award, and an elected member of both the American Philosophical Society and the National Academy of Sciences. His current research focuses on the determinants of health in rich and poor countries, as well as on the measurement of poverty in India and around the world. He also maintains a long-standing interest in the analysis of household surveys.

Professor Deaton holds American and British citizenship. His wife, Anne Case *83 *88, is the Alexander Stewart 1886 Professor of Economics and Public Affairs at the WWS. He has two children, Rebecca Deaton ’91 and Adam Deaton ’93.

After their 16-month old son was killed in a recalled portable crib at his Chicago licensed childcare home, Linda and Boaz co-founded Kids In Danger, a non-profit organization dedicated to improving children’s product safety. Together, they received the President’s Service Award from President Clinton, the nation’s highest honor for volunteer service directed at solving critical social problems.

Linda is a clinical professor of managerial psychology at the University of Chicago Booth School of Business. Linda received her MA and PhD from Princeton University in experimental social psychology and her BA in psychology with distinction and Summa Cum Laude from the University of Colorado. She held previous faculty appointments at both Stanford University’s Graduate School of Business and Northwestern University’s Kellogg Graduate School of Management. In addition, Linda has served as a director of Consumers Union, the non-profit publisher of Consumer Reports, and served on President Obama’s Transition Team as a member of the Consumer Product Safety Commission Advisory Committee.

Boaz is a professor of psychology and Chair of the Cognition program at the University of Chicago. He received his Ph.D. from Princeton University in 1989 and was a visiting scholar at Stanford University before joining the faculty at the University of Chicago in 1991. He studies the relationship between decision-making and language. Professor Keysar’s honors and awards include a John Simon Guggenheim Memorial Foundation Fellowship and a Fulbright Scholarship. For his advocacy work, Boaz has been named Chicagoan of The Year and was awarded the Community Advocate Hope and Courage Award by Lurie Children’s Hospital.

Rick started his service to Princeton as an Alumni Schools Committee interviewer. Since then he has served his class as President and for 17 years as Reunion Treasurer. Most recently, he completed six years as a member of the Executive Committee of the Alumni Council where he was Chair of the Class Affairs Committee. Rick also served on the board of the Princeton Alumni Weekly and was asked to join the Society of the Claw in 2012 after being a P-Rade Marshall for many years. While at Princeton, Rick was a member of the football team, a student representative to the Curriculum Committee of the Politics Department, and a member of the University Cottage Club.

In addition to his service to Princeton, Rick currently serves on the Dean’s Advisory Board for the Business College at Governor’s State University, is a member of the Chairman Advisory Council for Big Shoulders, a Knight of Magistral Grace in the Order of Malta, and a lay minister at St. Francis of Assisi Parish.

Rick was a politics major at Princeton and has an MBA from the Kellogg School at Northwestern University. Rick is SVP and Partner at The Horton Group in Orland Park where he lives with his wife Tami; son Ricky, a freshman at Carthage College; daughter Cali, a freshman at the University of Wisconsin, Madison; and son Jacob, a sophomore at Carl Sandburg High School.